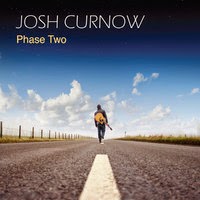 One of the things that I’d like to think that makes this blog stand out is the sheer variety of music that gets featured. It often seems like ‘right’ thing to say but I will listen to ANYTHING. That doesn’t mean that I will like it or that it will definitely get featured in some way but if I think I can give an informed opinion or critique on it then it will get The Musical Outcast treatment. Simple as that. For example yesterday I reviewed the brilliant new single from heavy rock/metal band In Search Of Sun and today I bring to you my thoughts on the brand new EP from singer/songwriter Josh Curnow.

Since the release of his debut EP Me v You last year the Josh Curnow bandwagon has steadily been gaining members to the point where it now looks like rush hour on the tube. Packed to the rafters, full of awkward touching and all a bit sweaty. Curnow is an absolutely prolific live performer, gracing more stages than Katie Price has had husbands, but somehow he has found time to put together a brand new EP which dropped this earlier on this week (16th June) called Phase Two and here is what yours truly made of it.

Opener ‘I Feel Alive’ is not only the EP’s lead single but probably also my favourite track on the entire project. As singles go it’s pretty much perfect. It’s really smooth and easy listening which makes it perfect for the radio as well as having a brilliantly catchy chorus, perfect for those sing along moments when you think no one is listening. Part of the tracks success is down to Curnow’s delivery of the lyrics in the verses which really helps the track skip along and build towards that chorus. Ed Sheeran often does something similar, and yes I do mean that as a compliment.

The tempo kicks up a gear with the gloriously upbeat ‘I’ll Drink To That.’ This ode to everyone’s favourite local pub gives the Cornwall native a chance to display a more playful side, which he does to great effect. The track also shows off Curnow’s song writing ability with the brilliant lyric;

It’s another great night for my past to keep.

I just think that is a brilliant little turn of phrase. It caps off what really is a great track. Last week I met back up with some old friends and we had a night soaked in nostalgia and alcohol, the kind of night the track describes, so this one really brought a smile to my face. I won’t be on my own there I promise you.

The piano led intro on ‘The Waiting Game’ is so familiar it’s actually painful, but I just can’t place it. Either way this couldn’t be more of a contrast to what went before it, we are firmly in heartfelt ballad territory here and being the soppy git that I am it pulled me right in. The track is a perfect showcase for Curnow’s brilliantly sincere and heartfelt voice as it takes centre stage over the top of the emotive yet understated instrumentation.

One of the great things about this record is that it has a fantastic ebb and flow, and that continues with ‘Chasing You Down Memory Lane’ as the tempo picks back up once more. This track is a slight shift away from the ‘one man and a guitar’ style which characterised the first half of the record as things head in a rockier direction. The way in which Curnow carries this off shows that he is far from a one trick pony and a‘rockier’ experiment may not be out of question in the future.

Penultimate track ‘Take A Walk’ suffers from having to follow what has been thus far an incredibly high standard. Don’t get me wrong the track is fine and the upbeat whistle will get stuck in your head but there is just something missing. There isn’t quite the same replay value as there is to the other songs on the EP and that little bit of gold just isn’t quite there. It’s not that this is a bad track it’s just a track that is a victim of its creators own success.

‘Fond Of You’ rounds the EP off with aplomb. This heartfelt ballad pushes all of the right buttons, as Curnow’s delicate delivery of his own heartstring tugging lyrics really hits the spot. It’s a fittingly high quality finish to a record that oozes star quality.

Phase Two is simply put, an absolute triumph. Great song writing, great vocals, and the production is polished to perfection, but most of all it just has something. That unquantifiable something that every music fan understands. You can’t put your finger on it but there is just SOMETHING which elevates this project above its competitors.

I mentioned earlier the fact that the Josh Curnow bandwagon is fit to bursting point and I wanted to know what all the fuss is about; now I just want to know if there is room for one more.