A few weeks ago now I reviewed the new EP from Birmingham hard rock outfit ANiMA Remember It’s A Memory. I wrote at the time how I felt it was quite a unique record so I thought it might be an idea to get some thoughts from the band behind the music, so just after the EP’s release I got the inside track from frontman Dan Sheridan and what better place to start than how do the band go about putting together a project such as this one?

‘Well there are two main contributing factors to why the material that came together to make the record was used. Firstly we've racked up quite a back catalogue of songs, so there are plenty of tunes we've been waiting for the opportunity to record, and more importantly, the overall ambience, flow and themes found on the EP had to be cohesive.

So with this in mind we went through a few lengthy discussions about which songs to choose based on popularity with live audiences, thematic significance, and our own personal favourites. Bad Memory was a relatively new addition to our repertoire, and the lyrical ideas portrayed in this, those of mortality, opposites, memory, and the questioning of memories relating to actual events as they happen presently, became the pervading concepts I wanted to portray throughout the record, however loosely in places.

And it had to be loose in a sense because much of the material had been written before the subject matter was decided, and in some cases I even tailored the lyrics to fit more closely with the 'Remember It's A Memory' concept. However, the songs chosen all carried their own weight at their core, both thematically and individually. We didn't want a group of songs all sounding too similar.’
Remember It’s A Memory is actually the band’s 2nd EP following on from 2013’s Homeopathy and it seems that the band were keen to do a more professional job this time around. As Sheridan explained ‘The biggest change was in the amount of time invested in recording and mixing the record. On our fist EP we naively chucked some money at the studio and recorded as many songs as we could with the time we'd paid for. But at that point we were far more concerned with getting our music heard than of intriguing an audience with an interesting concept.’

This more professional approach continued into the marketing of the record as the band made sure that they learned from past mistakes ‘We chose to distribute Homeopathy for free at live shows, as promotion more than anything. While this ensured a certain percentage of the audience taking away our cd at the end of each gig, in retrospect I feel that giving something away for free devalues its content in people's minds.’ This is maybe a slightly cynical outlook but also and understandable one. 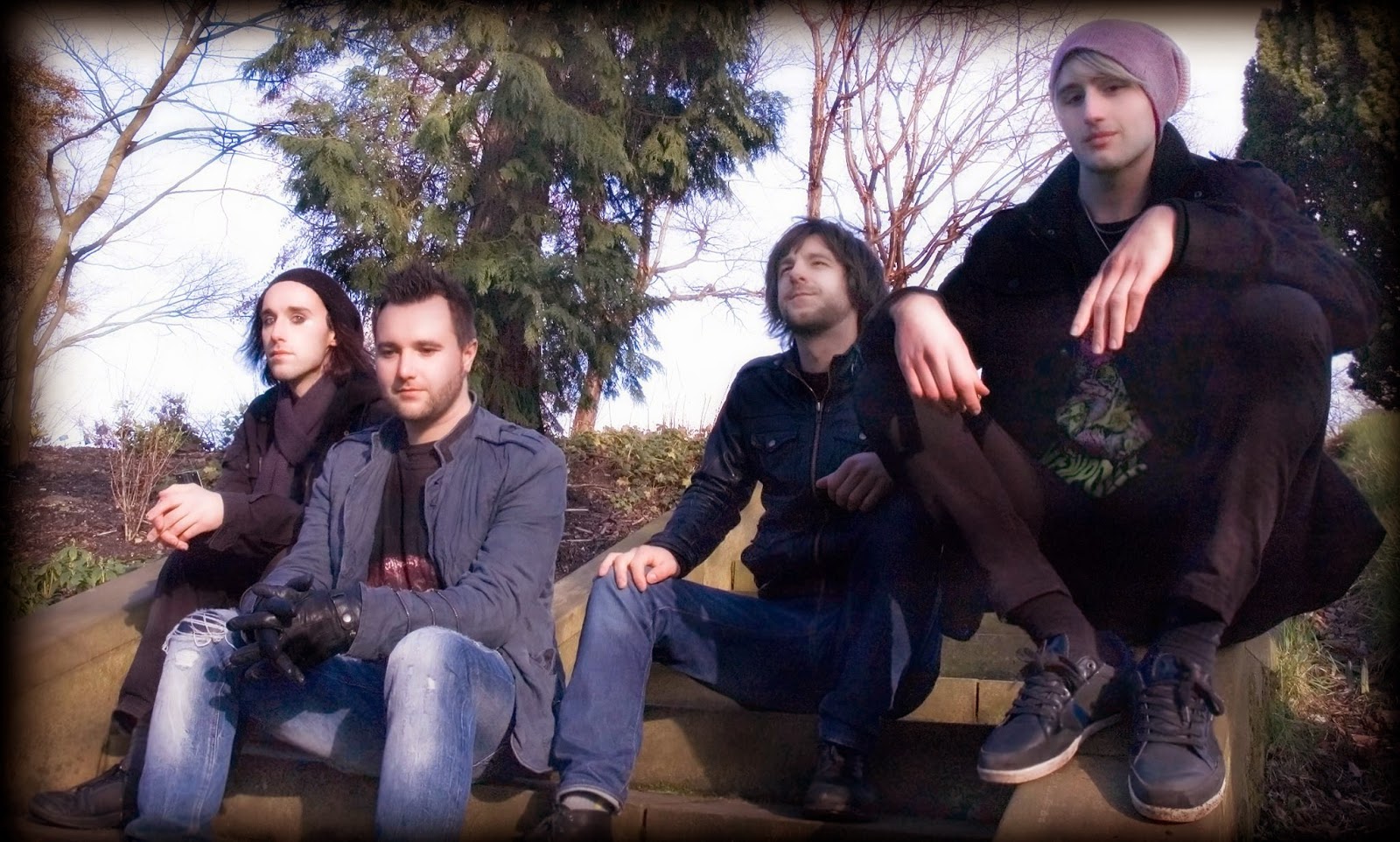 One of the many interesting things about the EP was how despite being what you’d say was hard rock the majority of the songs clocked in at under 4 minutes so was this deliberate ploy? ‘It's a limitation I frequently impose on myself.’ Said Sheridan ‘Probably because I endeavour to keep our songs relatively accessible. A lot of my root influences as a writer are very much 3 – 4 minute pop song bands, such as Nirvana, David Bowie, Suede and Placebo, so this has impacted on the kind of music I choose to write, even if we're also inspired by a lot of heavier bands like Korn, Slipknot and Machine Head, and even slightly progressive rock like The Smashing Pumpkins and Muse.’

However as I said in my review the whole rock thing is blown to pieces by a spoken word track called ‘Embers.’ Something which Sheridan says was pretty much spur of the moment ‘The idea was relatively fresh for the recording. Out of a desire to bring our diversity into the ep I felt it was necessary to do something radically different sonically to the other songs. With the piano representing the fragile nature of the lyrics found throughout. The spoken word was a poem I'd written originally for use as part of the ep artwork. Instead of drawing from the poem to write lyrics, I decided to just recite it as it was, to give it the feel of a piece of performance art, as opposed to a song.’

As you all know I keep banging the drum for the music scene in Birmingham because things are booming and it seems I’m not alone with Sheridan describing being in the middle of it all ‘inspiring,’ while also recommending fellow Birmingham natives ‘God Damn and Youth Man, Ghosts of Dead Airplanes, Wax Futures, Table Scraps, Mutt, Adore, Fauxchisels and Sunshine Frisbee Laserbeam.’
Not content with being part of the Birmingham scene Sheridan also revealed that the band are also doing their best to try and move things forward ‘There's a collective/scene/movement we helped to form here in Birmingham called DIE DAS DER. It's representative of this kind of raw, heavy but intelligent breed of rock music, and includes not just bands but photographers, promoters, journalists, artists, anyone with something creative to contribute.’ On the back of that DDD are putting on a festival in Digbeth on 9th and 10th of August which should be a great couple of days, but after that surprisingly the band are hesitant to commit to anything musically beyond the here and now,

‘There is so much more music we want you to hear, so all we can say is the material is waiting for those with open ears, but its exposure hinges on the success of our current record. We should probably more confidently be yelling out a “fuck yeah, watch this space for more killer tunes!” But I'd rather be sincere and tell you that being a self-funded, original band in a world where people rarely pay for, or truly value band music, our career choice often feels like a thankless one.’ Sheridan’s honesty is refreshing and you can’t fault the line of thinking but I also find this outlook depressing, though this could be my slightly romanticised way of how I think the industry should work obscuring reality, but it is a little sad that at least some bands think this way.

In interviews such as this artists are always being asked about influences and the like so I decided to put a of a spin on that theme by asking Sheridan to come up with a dream line up for a band, the result bit wasn’t quite what I was expecting… ‘Jesus Christ on vocals, Vladimir Putin on lead guitar, Princess Diana on second guitar, Chris Evans (the ginger one, not Captain America) on bass, Garth from Wayne's World on drums and the Loose Women as backing vocalists. The band would be called Peace.'
Having said that I have said for years how Jesus and Vlad Putin would have an amazing Jagger/Richards like chemistry. Turns out I wasn’t the only one.


However I know that the only reason that you have read this interview is to find out how ANiMA approached the now traditional ‘If you could design your perfect sandwich what would be in it?’ question. Well wait no more because it apparently involves ‘Vegetarian deep fried human……’

It simply wouldn’t be ANiMA if you weren’t left at least a little bit confused.