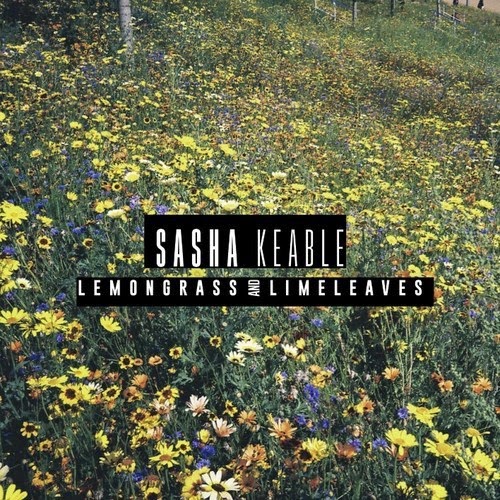 Like seemingly everyone that I talk to these days I have become massively disillusioned with mainstream radio. Don’t get me wrong radio can still and does give awesome entertainment but from a music standpoint, programmers are generally afraid to take risks so a lot of talent slips through the net. This creates the narrow playlists that often appear on the likes of Radio 1.

However, every now and again you will hear a little gem that will catch your ear and give you that buzz that only new music can give you. It was while listening 1xtra breakfast that I had that feeling and that I discovered a certain young lady called Sasha Keable.

Keable’s career is on a serious upward curve right now, she graduated from BRIT School last year, signed a 5 album deal with Polydor joining forces with the Disturbing London camp and released her debut EP ‘Black Book’ to widespread critical acclaim. Oh and you know that awesome voice you can hear on the Disclosure tune ‘Voices?’ Yeah that’s her too. I first heard her when she was featured on the 1xtra breakfast show as part of ‘Best of British’, and she is currently ‘Hottie of the week’ on Sarah Jane Crawford’s show on the same station. And if that wasn’t enough she is set to appear at the Wireless festival this coming weekend. As far as upward curves go that is pretty spectacular.

So to the important stuff; the music. Lemongrass and Limeleaves is Keable’s brand new EP and I’m just going to be upfront about it, it is a fantastic piece of work. The UK R&B scene needs this record right now.

The EP opens with the song that first sparked my interest in the 20 year old Keable ‘Living Without You.’ It’s got that classic R&B feel but without feeling dated. You could imagine Mary J Blige putting out this track back in the day and it just dominating your summer. Sasha’s voice linked with the impeccable production create a tune which is just smoothness personified. The track describes the ‘selfish’ dumping of an ex-partner in a brilliantly ‘everyman’ way. Being able to write songs in a way that means that they can connect with people straight from the off is a real skill, and a skill which is a feature of this record.

‘Memory’ is a deep deep track, essentially dealing with loss and the questions that are left behind. The pace drops down from the opener giving the song more emotional weight and the piano that trips throughout the track really sets the contemplative mood. The thick, thudding drums are ridiculously crisp and clean, hitting you straight in your chest during the chorus but without being totally overwhelming. The track has a great balance and glides along really nicely with Keable’s vocal drawing you in and making you really believe what she’s singing.

The penultimate track ‘Sweetest Talk’ is 1989 with a 2014 twist, it’s a brilliant track. It’s the well-worn tale of being taken in by the slick talker but it’s the way in which it is done which makes it a killer track. There’s a soulfulness in the vocal that elevates the song from being just another track to being one of the best tunes you will hear this summer.

Final track 6”4 is set to what is almost a hip hop beat. I mentioned the song-writing earlier on and I think song shows Keable at her best;

‘Getting home, off the phone, check my phone/No missed calls, that ain't really therapy/But I call you back, you don't pick up/So I drink by myself convinced that I don't care anymore/'Cause you don't really care anymore’

If we are totally honest with ourselves we’ve all done this, and I think this knack of being able to put the thoughts and feelings of millions into one song, and just a few lines  is going to take the young Londoner very far. This coupled with a soulful voice which makes her lyrics believable the whole package is there for potentially a very special career.

Lemongrass and Limeleaves is the latest stop on Sasha Keable’s journey to stardom, but this record could prove to be THE stepping stone in her career. It’s often said that the road to the top is long and full of twists and turns and in many cases that is true but with music of this quality and the talent to more than back it up success for this young lady could well be just around the corner.
Posted by Noddy at 16:50