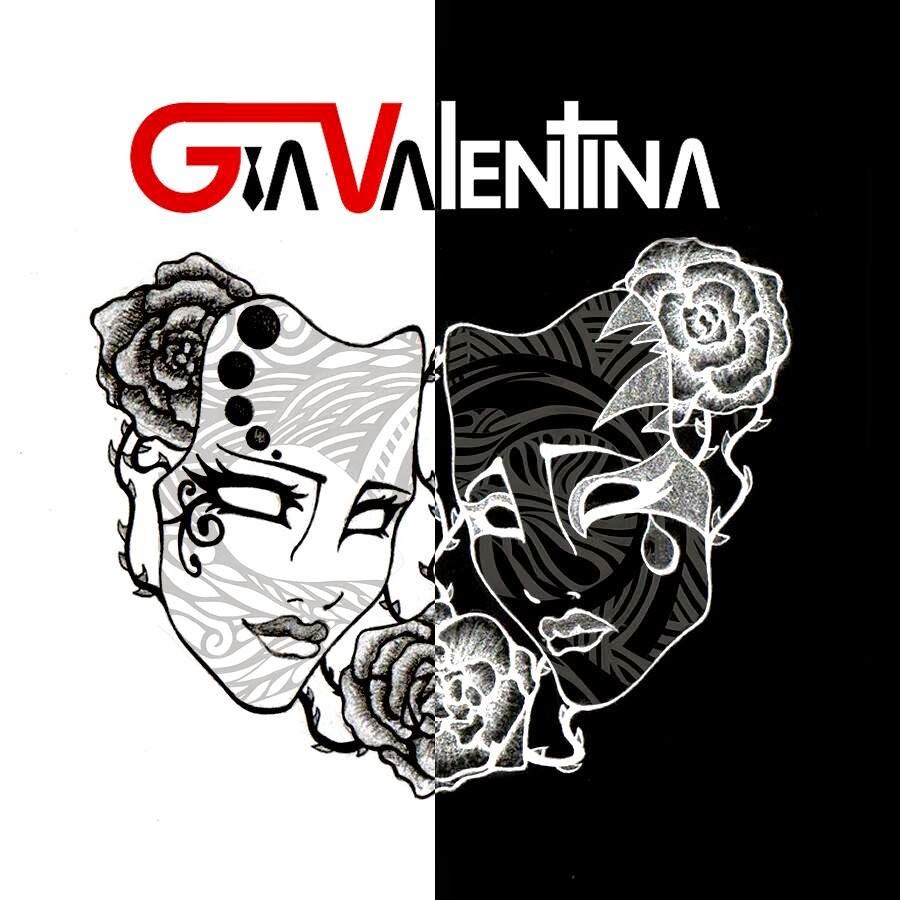 If you would be so kind I would like you to cast your minds back to 19th March, because on that day I wrote about the new single from an up and coming band from Coatbridge in Scotland and well I got very excited. The up and coming band in question was Gia Valentina, and fast forward to today I have the band’s debut album chilling out smoking a cigar on my hard drive. I have been waiting to hear this album ever since that day in March as I really believe that this band have some serious talent and could be starting out on a road to massive success. So all in all I had really high hopes for this record but did it deliver?

Opener ‘Did You Just Get Here’ shows the band at their brilliantly melodic best. The track is a little heavier and a little thicker in sound than the single ‘No More’ but the bass has a nice grimy quality about it. One feature that stands out the album as a whole is the terrific song writing, and that is very much evident here with the lyric ‘Oh I’m living for now, how do I get by? How? Chasing my dreams, living my way, that’s fucking how!’ striking an impressively defiant chord.

The riff that leads ‘Who Knows’ as well as being stupidly familiar will get stuck in your head without fail. The incredibly rangy vocal from lead Steven Warnock really comes to the fore here along with a brilliant little guitar solo. ‘Set You Free’ marks the first appearance of a female vocal from keyboard player Amy Louise Robertson. And I must confess that I love her voice, there is something quite hypnotic about it. The track is one of my favourites from the entire album, and the presentation of the lyrics as almost a conversation between Robertson and Warnock is very cleaver. The melody and guitar work is also especially impressive.

Next track and the albums lead single ‘No More’ is still as good as I remember it. There are some nice progressions, good replay value with an overriding 80’s feel. Up to now the album has made a very strong start, but there have been a couple of small niggles and it is on ‘Destined To Roam’ where I feel these niggles come to a head a little bit.

My two main gripes with this song and with the album as a whole is that some of the production, especially on the vocal is very poor and I feel that some of the tracks lean on Warnock’s vocal far too heavily. First of all production wise, it sounds like the vocal and the instrumental are almost 2 separate songs. You have the band playing next to you in the living room but you can hear someone singing along in the bathroom. The vocal sounds miles away! It cheapens the overall sound of the song massively. But this only occurs on some songs so I am a little confused.

In addition I’m not sure whether this is just how the band have put together the songs or if it is something that has come from a producer but I have noticed a tendency for Warnock to go through almost his entire vocal repertoire in every song. His vocal range is absolutely outstanding but sometimes the vocal gymnastics overpower the rest of the song. At times it feels like the vocal is all or nothing, and I think the tracks as a whole would benefit from the band finding a bit of middle ground. Freddie Mercury had an outstanding voice and an equally outstanding range but in many songs it was used quite sparingly and this really added to the bands broad appeal.

The second half of the album begins with ‘Tilly,’ a track that itself begins with the sound of organised chaos. Style wise the track is a lot more sprawling than many that have gone before, and the guitar in particular is slightly reminiscent of some of the Arctic Monkeys more recent work. The theme of giving songs girls’ names continues with haunting tones of ‘Veronica.’ The start of the track is driven at a slow horror style pace with the thought provoking opening line ‘Oh do you see me? Corrupting your sadistic empathies.’ A rolling drum beat and straight rock guitar lick give the song a bit of a change of pace part of the way through before the sound of impending doom returns.

The intro to ‘Keep Holding On’ puts the alternative into ‘Alternative rock.’ The Fratellis inspired central melody gives the song a nice bounce until it is stripped away and replaced with something a little heavier and a little quicker. This tempo change here and in the previous track was definitely needed as things were in danger of becoming a little one paced. The vocal from Warnock remains exceptional as ever and is really used to full effect, giving the song more of an epic feel.

Things drop to a slow walk with piano led ballad ‘Piano 1.’ In all honesty I don’t really get this track. The song writing is fine but it just seemed a strange fit, and came across as a little overdone. Final track ‘God Only Knows’ sees the piano remain which gives some nice continuity but the pace is back up to a jog as the band return to what they do best. The reintroduction of a vocal from Robertson gives the track and the album as a whole a nice grandstand finish.

Before I set out to review this record I believed that Gia Valentina are one of the most naturally talented up and coming bands around and nothing has changed. I genuinely believe they are supremely talented. But that’s why I feel like this debut effort while being very good and frankly exceptional in places falls short of its own high standards. The lack of polish on some of the production work and the at times over powering vocals are a bit of a black mark, but it should be remembered that this is a debut album, and the band are very much still learning their trade.

This eponymously titled effort is a real grower and the more you listen to it the more it makes sense, but sadly its flaws still remain. The bands talent is not in doubt it’s just the harnessing of this talent that will define them, but there is still plenty to be positive about.

Gia Valentina is intriguing with occasional flashes of sheer brilliance and will without doubt serve as a learning curve as the band move on to bigger and better things.
Posted by Noddy at 16:53