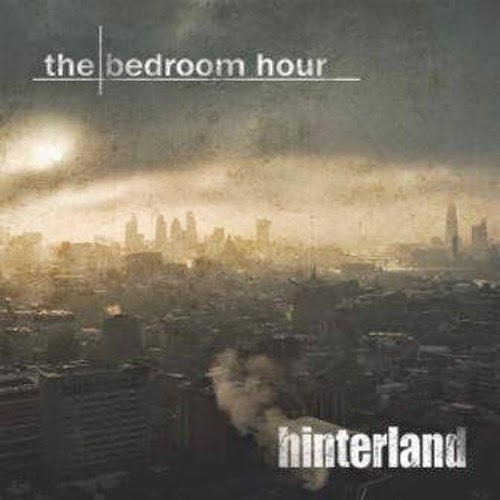 The hype surrounding this album on social media in the run up to its release has been absolutely incredible. I always try and steer clear of the hype machine because in my experience it will only end badly, but after hearing the couple of tracks that I had from The Bedroom Hour I must confess that expectations were quite high.

Hinterland begins in rather grandiose fashion with the short atmosphere building instrumental ‘Ocean.’ Ok, so technically there is a vocal of sorts floating in the background but that’s not of massive importance in the grand scheme of things. The album really gets underway with ‘Sea With Without Water.’ Again it’s another atmospheric number, with a real uplifting feel. The vocal fits the track perfectly and doesn’t try to dominate although personally I would have had the synth effects lower down in the mix as I feel in places that they overshadow the main melody, but all in all it’s a very promising start.

The next track ‘Nocturnal’ gives more than a tip of the hat to titans of this genre Elbow but that is no band thing. The intro is nice and up tempo and in keeping with the rest of the record everything production wise is suitably well polished. Vocally Drummond’s understated authority finds all the right spots as it glides beautifully across a bed of gentle guitars and strings. It’s on this type of track where the band really produce their best work and this is already one of the highlights of the entire record.

The stomping drum beat which ushers in ‘Heart Will Haunt’ is soon overtaken by relatively sparse production and an airy vocal of Drummond who is sounding more like Guy Garvey with every passing track. The understated production means that not only does the main melody slide under the radar but it places more emphasis on the lyrics and central vocal which is a nice touch. The intro to ‘Broken’ gives the opening minute or so of the track quite a dark feel but in typical Bedroom Hour style this is soon tripped away and replaced a big sweeping chorus. The strings which arrive just before halfway give the song another dimension and help to lift the mood. That is until things return to the beginning for a moody finish.

‘Sapphires’ is probably the weakest track on the album and the only one that I don’t really like. That’s not to say that its without it’s good moments as the vocal and the way that the verses build do have a charm about them but the track is simply too long. Not enough happens and by the time the song does run to a conclusion it is treading water having got lost in its own grandeur. Focus however is restored with the sharper sounds of
‘Ghost Of A Smile.’ Rather than just winding along the song has a point while also containing one of the albums most relatable lyrics,

I see so much resentment inside my own reflection.

From a technical standpoint there is nothing special about that line but I think it’s just very effective in the context of the song.

There is a marked increase in pace as WW/ME begins which is more than welcome as things were in danger of becoming a little one paced but that notion was stopped right before it became an issue. The drum breakdown at around halfway is a standout moment and a very nice touch as it’s not something which is used by bands all that often. The guitar riff which strums alongside these drums gives the track a real skip in its step.

The following track ‘I See Suns’ is so outrageously close to being perfect its breath-taking. It’s the rockiest track on the record and has everything, the vocal soars, the verses build to an anthemic chorus, the guitars come to prominence and give the track a nice edge but the synth sound through the chorus is totally unnecessary. But I’m not going to dwell on that because the track is still seriously high quality and probably my favourite on the album.

The pace is brought right back down by the album’s title track which due to its shortness acts merely as an interlude. The soaring vocals coupled with typically grand instrumentation sum up the band very nicely. Final track ‘A Map Made From My Bones’ sees the band return to where they are most comfortable. High on atmosphere and with the substance to match this ballad ensures that the band go out on a highly tuned perfectly executed note.

Taking the album as a whole Hinterland is very very good. Of course there are the flaws which I have mentioned but the high points are suitably high enough to distract your attention. When these guys really hook the whole package together as they do on the likes of ‘Nocturnal’ and ‘I See Suns’ they are frankly breath-taking. However I as I mentioned in passing in a couple of areas there has been a slight tendency to over-produce, much like with your girlfriends make up… less is more.

Nevertheless those minor issues really shouldn’t detract from what is an altogether rousing and very enjoyable debut effort.
Posted by Noddy at 19:46