EP Review: Emily and The Fedoras - The EP 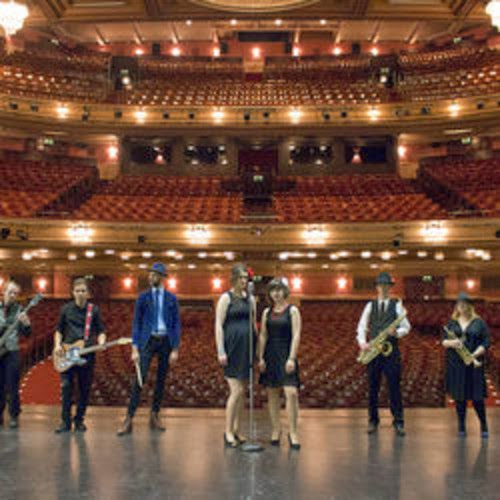 There are some things in life that continue to make us happy no matter how many times they occur. Be that waking up next to the girl of your dreams (I’m taking an educated guess here) meeting up with old friends, finding a tenner down the back of the sofa or putting on underwear that’s come straight off a warm radiator in the winter. It’s these things that really are the gifts that keep on giving.

The same can also apply to music, especially when it comes to smooth Motown, Soul and R&B. I mean have you ever met a person who can’t appreciate the smoothness of Marvin Gaye and Otis Redding? If you have they are probably best kept away from as their judgement obviously can’t be trusted. There’s just something about that style that makes you smile, I don’t know whether it’s the voices, the grooves or a mixture of both but whatever it is music from that era is just timeless.

Now it is a common belief (One that I have often indulged in) that you just don’t get music like that anymore. Bands can’t reproduce that sound and when they do cover those kind of tracks mentioned above they take them miles away from their origins to the point where they are unrecognisable. Basically bands just don’t sound like that anymore. WRONG!

A couple of weeks ago while trawling the internet I found something awesome that I have kept going back to ever since I found it. For many people that is often followed by frantic deleting of your internet history but that was not the case on this one. I discovered a band from Edinburgh called Emily and The Fedoras, and frankly with a name that cool you’ve won half the battle. But that wasn’t all... because as they put it they ‘pay a loving homage to many Blues, Motown, Soul and Rock artists.’

At this point I was very excited and in need of a cold shower. Sadly for me the cold shower never materialised but I knew I had to get them featured on the blog in some shape or form so after a couple of beautifully crafted messages I can now bring to you my review of the bands current EP. But first in the interest of politeness we should get the introductions out of the way first.
Emily and The Fedoras are Emily Streete (Lead Vocals) Hayley Jones (Backing Vocals) Graeme Renwick (Alto Sax) Chris Boustred (Tenor Sax) Louise Plant (Trumpet) Michael Grant (Lead Guitar) Michael O’Boyle (Bass) and Scott Mitchell (Drums) The EP is only 2 tracks but that adds up to 10 minutes sublime vocals, great harmonies and fantastic musicianship.

Track one is a cover of the Jean Knight classic ‘Mr Big Stuff.’  Knight by the way is responsible for the biggest hair I have ever seen on a woman; seriously that thing was so big back in the say that it had its own dressing room. Released in May 1971 this is track is a straight classic and within 20 seconds you know the band are going to do it justice. Vocals are totally on point and that melody is every bit as funky as you remember it. But none of that is even the impressive bit because about halfway through the band seamlessly glide into some Charles Wright and ‘Express Yourself.’ The transition is so smooth you barely know it’s happening, I just sat there smiling. ‘Mr Big Stuff’ then glides back in for the finale in what is a great bit of imagination and musicianship.

The second track is a cover of Sam and Dave’s 1966 hit ‘Hold On I’m Comin’ which was co-written by soul royalty Isac Hayes and David Porter. The lead vocal from Jones is all a bit Christina Aguilera which is no bad thing if you ask me. As the track skips along all sections of the band get their time to shine in what is a throwback to a bygone era, an era which these guys seem determined to bring back, and frankly God bless them for it.

This record is a reminder to all of those people out there who may be disillusioned with music right now that it can still make you smile. The vocals are faultless and the musicianship as mentioned earlier is fantastic. We need for sax in the mainstream! The only downside is that the quality of the recordings is maybe not as crisp as they could be but frankly that is only a very minor inconvenience.

You can listen to the EP here - https://soundcloud.com/emily-and-the-fedoras/sets/ep
Posted by Noddy at 12:16